Autism Spectrum Disorder: 22 Facts You Probably Are Not Aware Of

Autism Spectrum Disorder (ASD) belongs to a group of complex neurodevelopment disorders characterized by a few repetitive behaviors. Children suffering from this disorder have problems with social communication and interaction.

The phrase ‘spectrum’ refers to various signs, expertise, and disability in functioning that can happen to people with ASD. Some people with ASD can do all types of daily activities while others need support to perform normal activities. 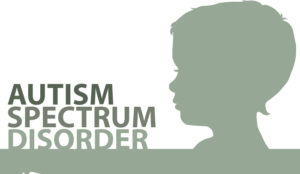 Here are the 22 facts of autism spectrum disorder you may not be aware of.

It’s important to spread awareness about autism since autistic children need special care and attention. Moreover, early intervention can help these children to prosper and deal with this disorder prudentl.

In the same category
Durable, trendy double tip ampoule for liquid packaging
Which supplement for memory and concentration to choose?
Facial care for a flawless complexion

The search for advice for a perfect complexion without dilated pores, redness and irritation concerns many women. Tighten pores, whatever the skin type, moisturize dry skin and purify oily skin.

A healthy diet for good health

To benefit from the benefits of Yoga (flexibility, vitality, awareness, inner peace), you must follow the postures indicated carefully while remaining focused on your body but especially your breathing.