A total lack of insulin, usually because of loss of insulin-controlling beta cells of the pancreas is the major cause of type 1 diabetes. Formerly, known as juvenile diabetes or insulin-dependent diabetes mellitus, type-1 diabetes causes are different from that of type 2 diabetes.

Also known as adult onset diabetes mellitus (AODM) or non-insulin dependent diabetes mellitus (NIDDM), type 2 Diabetes can produce insulin and does the same improperly for your body needs. Type 2 diabetes usually takes place in people above 30 years and its incidence develops with advanced age. In essence, type 1 diabetes is mostly diagnosed in youngsters. 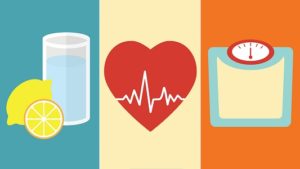 Which Diabetes is Serious? – Type 1 diabetes is supposed to be caused because of autoimmune response, in which the immune system of the body targets its own tissues mistakenly. In people diagnosed with type 1 diabetes, beta cells which are responsible for the production of insulin are attacked by the misdirected immune system. The chance for the destruction of beta cells by the immune system of the pancreas may be inherited genetically, even though the actual reasons are not understood completely.

Exposure to some viral infections or any environmental toxins has been known to be the possible causes why the response of unusual antibody develops which damages the pancreas cells.

The major problem behind type 2 diabetes is your cellular inability to use insulin in the proper way and it causes diabetes and high blood sugar. The condition affects usually the cells of the fat tissues and muscle. It also results in a condition called insulin resistance.

There is a steep decline of beta cells which worsens the elevated blood sugar process. If someone resists insulin at the beginning, the body can partially raise the generation of insulin enough to overcome the resistance level. If production reduces over time and it is unable to release enough insulin, there is a huge rise in blood sugar levels. It literally means that the pancreas produces larger amount of insulin in several cases but your body cannot use it well. Lack of insulin sensitivity is the major reason behind type 2 diabetes.

Both type 1 and type 2 diabetes need proper control on their diet by consuming foods which control blood glucose, exercise, and medical treatment in most patients to enable patient to maintain proper health. In early stage, diabetes may not be able to produce any symptom of type 1 and type 2 diabetes. When symptom takes place, the age of onset is literally different. Type 1 is diagnosed most commonly in younger patients, while type 2 is diagnosed usually in adults.

Pharmaceutical technology: How ampoules are made
How to take care of your health?
Facial care for a flawless complexion

The search for advice for a perfect complexion without dilated pores, redness and irritation concerns many women. Tighten pores, whatever the skin type, moisturize dry skin and purify oily skin.

A healthy diet for good health

To benefit from the benefits of Yoga (flexibility, vitality, awareness, inner peace), you must follow the postures indicated carefully while remaining focused on your body but especially your breathing.